Mr Singh from Albuquerque, New Mexico accidentally met with the real Donald Trump at the Washington National Cathedral this weekend.

Mr Singh who was visiting Washington DC this weekend with his family had no idea there was a Presidential Inauguration taking place in the city. He had purchased tickets to see the world famous attraction Madame Tussauds and was looking forward to seeing the President Elect Donald Trump,  but he had no idea he would end up meeting him in real life! 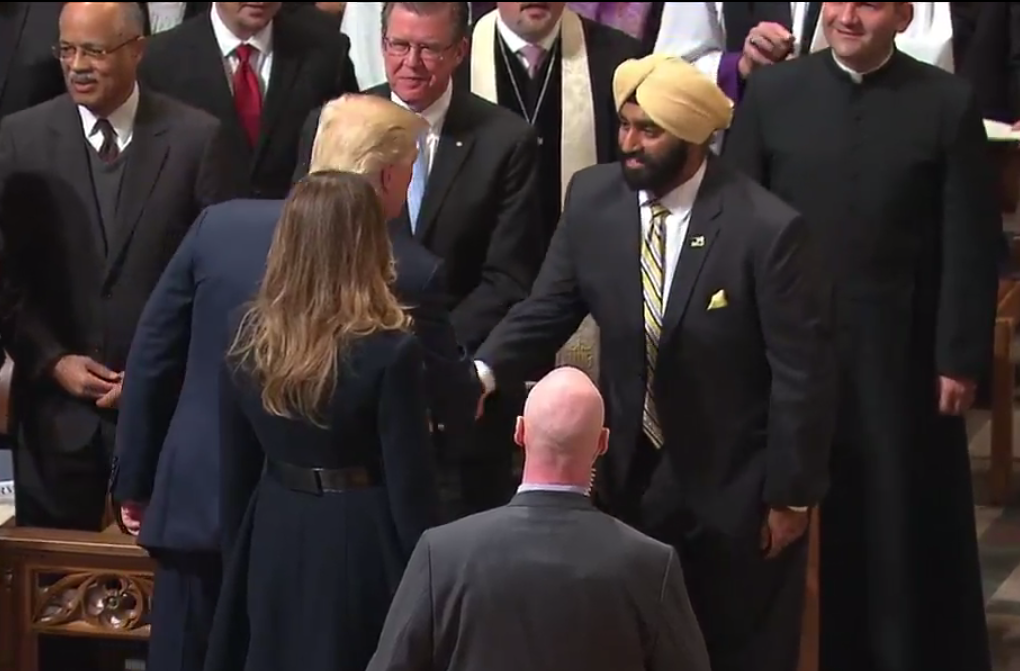 Mr Singh spoke to a Look! A Singh! reporter "I was heading to the museum with my family and I was directed to a different location by men dressed in black, I just thought Madame Tussauds had really upped their security. I was later asked to wait in line, I wasn't quite sure what for but I didn't want to seem rude. I was totally amazed at how real and life like the robot wax works are these days!"

Mr Singh did not however make it to Madame Tussauds!!.

You can see a video of the event below.